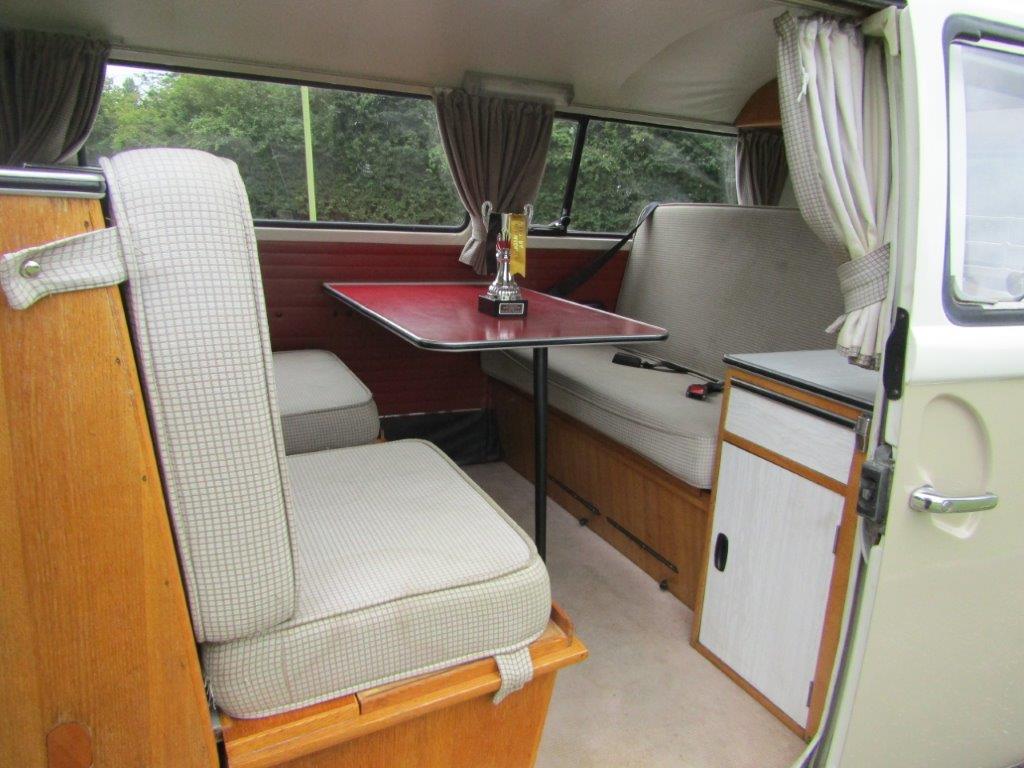 About the VW Camper Van

This second-generation Type 2 lost its distinctive split front windshield, and was slightly larger and considerably heavier than its predecessor. Its common nicknames are Breadloaf and Bay-window, or Loaf and Bay for short.[15] At 1.6 L and 35 kW (48 PS; 47 bhp) DIN, the engine was also slightly larger. The battery and electrical system was upgraded to 12 volts, making it incompatible with electric accessories from the previous generation.

The new model also did away with the swing axle rear suspension and transfer boxes previously used to raise ride height. Instead, half-shaftaxles fitted with constant velocity joints raised ride height without the wild changes in camber of the Beetle-based swing axle suspension. The updated Bus transaxle is usually sought after by off-road racers using air-cooled Volkswagen components.

The T2b was introduced by way of gradual change over three years. The first models featured rounded bumpers incorporating a step for use when the door was open (replaced by indented bumpers without steps on later models), front doors that opened to 90° from the body, no lip on the front guards, unique engine hatches, and crescent air intakes in the D-pillars (later models after the Type 4 engine option was offered, have squared off intakes). The 1971 Type 2 featured a new, 1.6 L engine with dual intake ports on each cylinder head and was DIN-rated at 37 kW (50 PS; 50 bhp). An important change came with the introduction of front disc brakes and new roadwheels with brake ventilation holes and flatter hubcaps. Up until 1972, front indicators are set low on the nose rather than high on either side of the fresh air grille – giving rise to their being nicknamed “Low Lights”. 1972’s most prominent change was a bigger engine compartment to fit the larger 1.7- to 2.0-litre engines from the Volkswagen Type 4, and a redesigned rear end which eliminated the removable rear apron and introduced the larger late tail lights. The air inlets were also enlarged to accommodate the increased cooling air needs of the larger engines.

In the Type 2, the Type 4 engine was an option for the 1972 model year onward. This engine was standard in models destined for the US and Canada. Only with the Type 4 engine did an automatic transmission become available for the first time in the 1973 model year. Both engines displaced 1.7 L, DIN-rated at 49 kW (67 PS; 66 bhp) with the manual transmission and 46 kW (63 PS; 62 bhp) with the automatic. The Type 4 engine was enlarged to 1.8 L and 50 kW (68 PS; 67 bhp) DIN for the 1974 model year and again to 2.0 L and 52 kW (71 PS; 70 bhp) DIN for the 1976 model year. The two-litre option appeared in South African manufactured models during 1976, originally only in a comparably well-equipped “Executive” model.[16] The 1978 2.0 L now featured hydraulic valve lifters, eliminating the need to periodically adjust the valve clearances as on earlier models. The 1975 and later U.S. model years received Bosch L-Jetronic electronic fuel injection as standard equipment; 1978 was the first year for electronic ignition, utilizing a hall effect sensor and digital controller, eliminating maintenance-requiring contact-breaker points. As with all Transporter engines, the focus in development was not on power, but on low-end torque. The Type 4 engines were considerably more robust and durable than the Type 1 engines, particularly in Transporter service.[citation needed]

In 1972, for the 1973 model year, exterior revisions included relocated front turn indicators, squared off and set higher in the valance, above the headlights. Also, square-profiled bumpers, which became standard until the end of the T2 in 1979, were introduced in 1973. Crash safety improved with this change because of a compressible structure behind the front bumper. This meant that the T2b was capable of meeting US safety standards for passenger cars of the time, though not required of vans. The “VW” emblem on the front valance became slightly smaller.

Later model changes were primarily mechanical. By 1974, the T2 had gained its final shape. Very late in the T2’s design life, during the late 1970s, the first prototypes of Type 2 vans with four-wheel drive (4WD) were built and tested.

Below are some images of our VW Camper Van 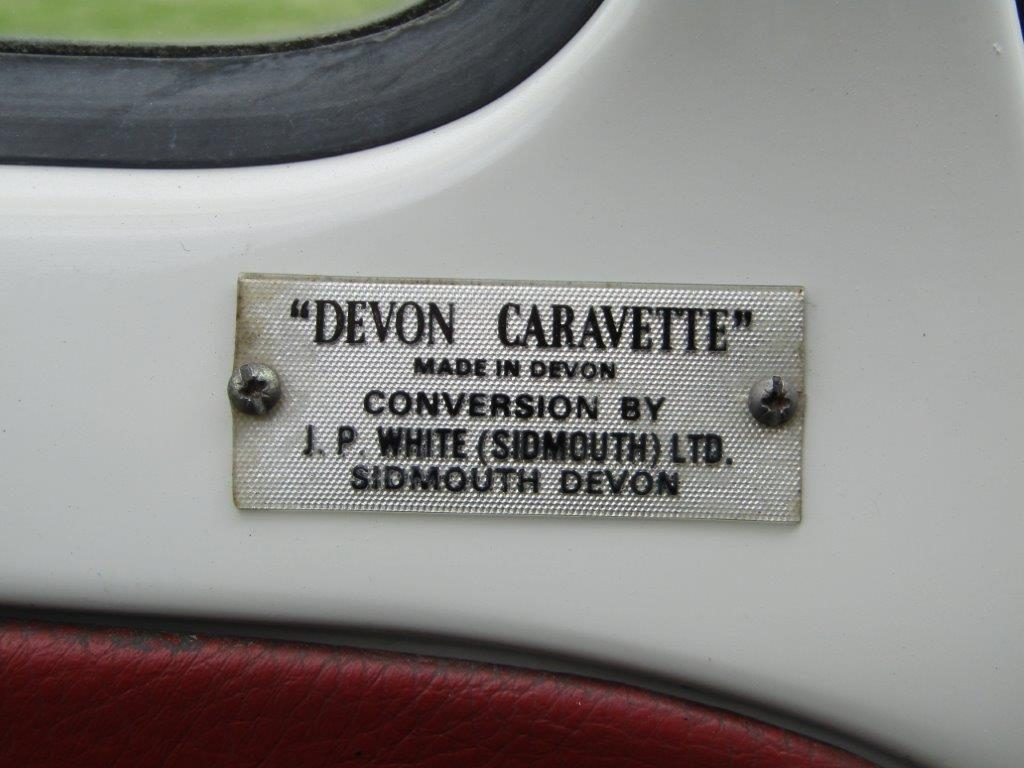 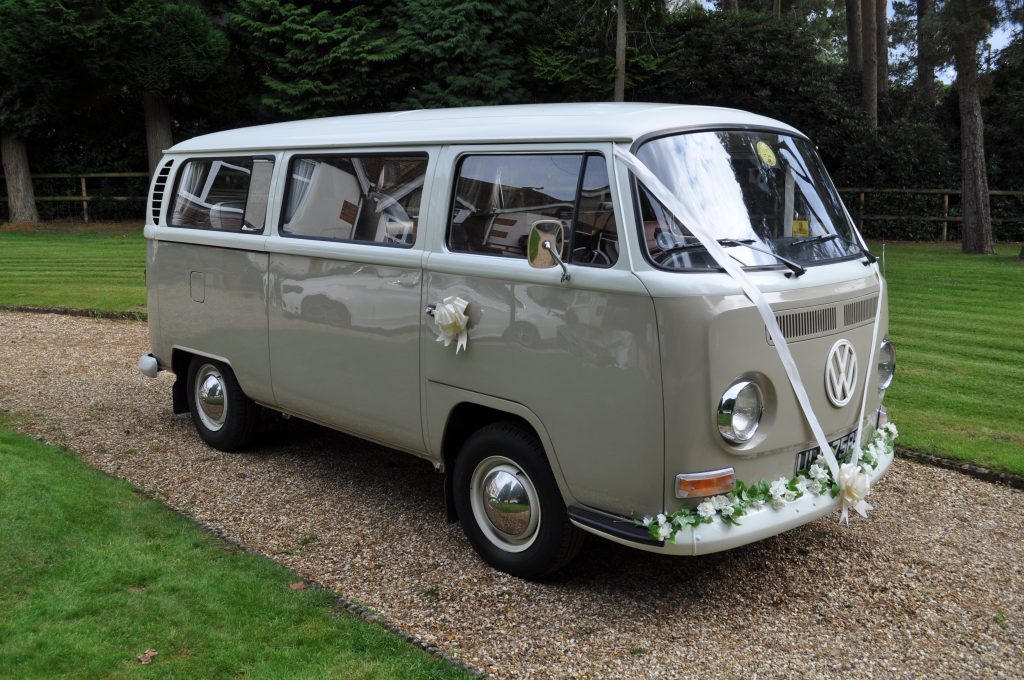 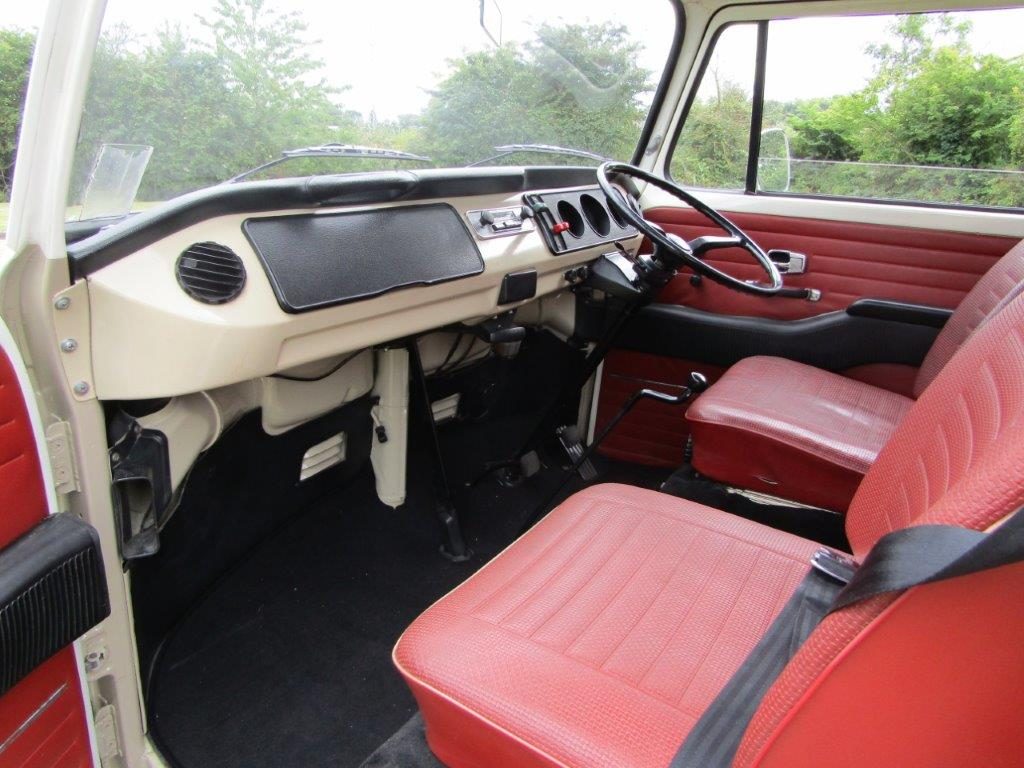 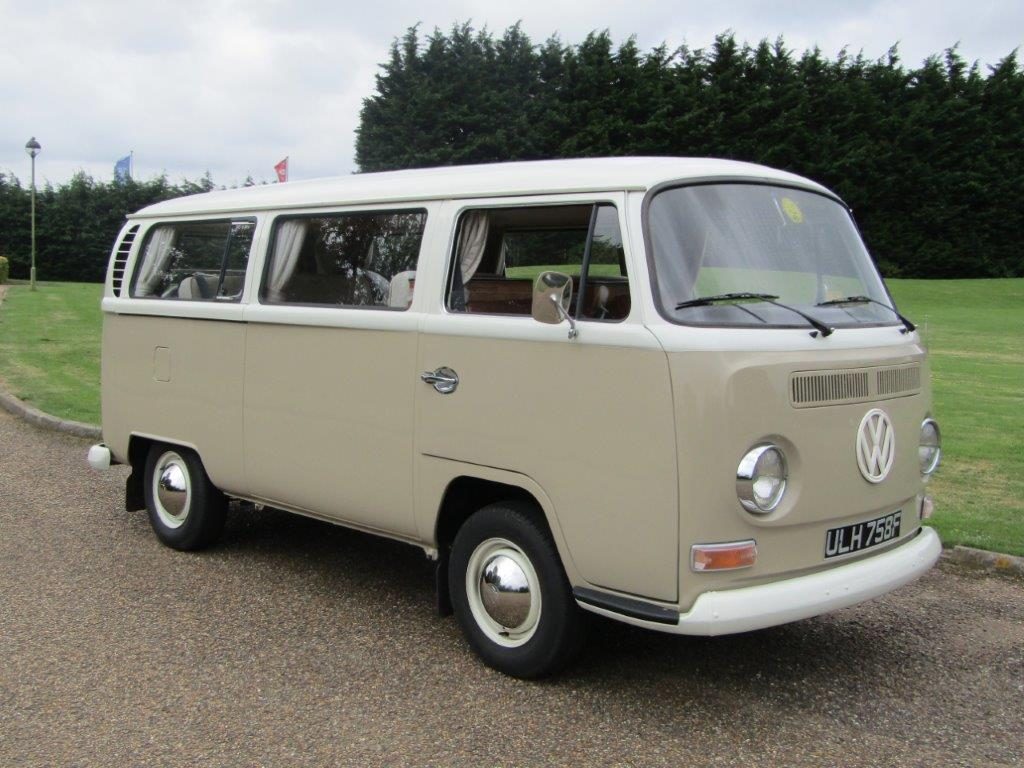 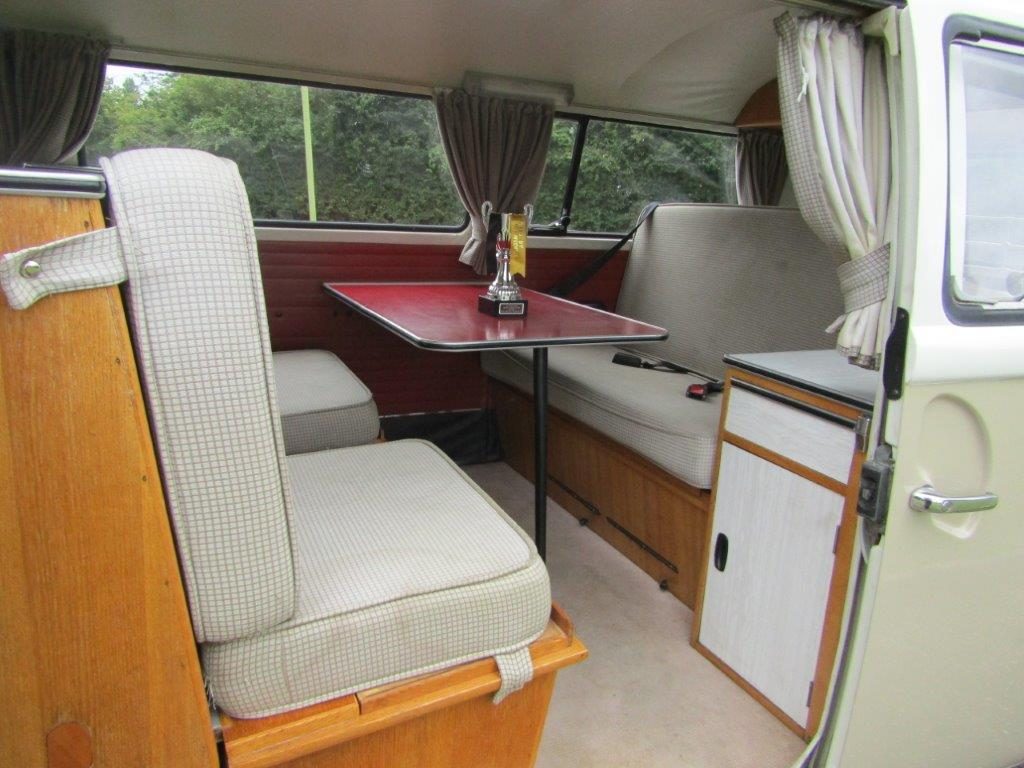 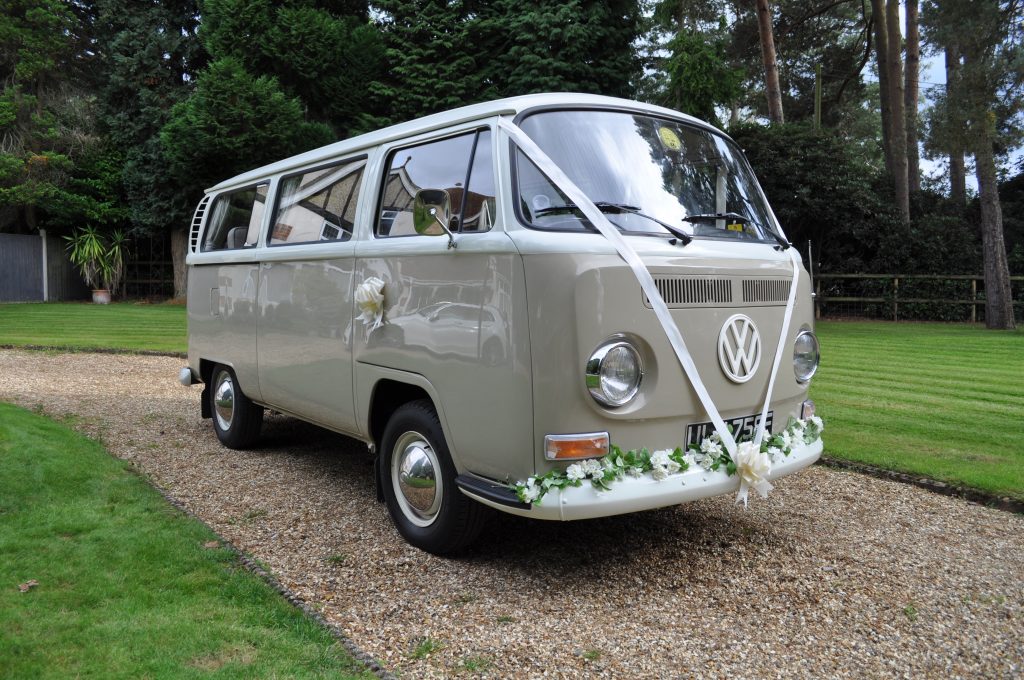 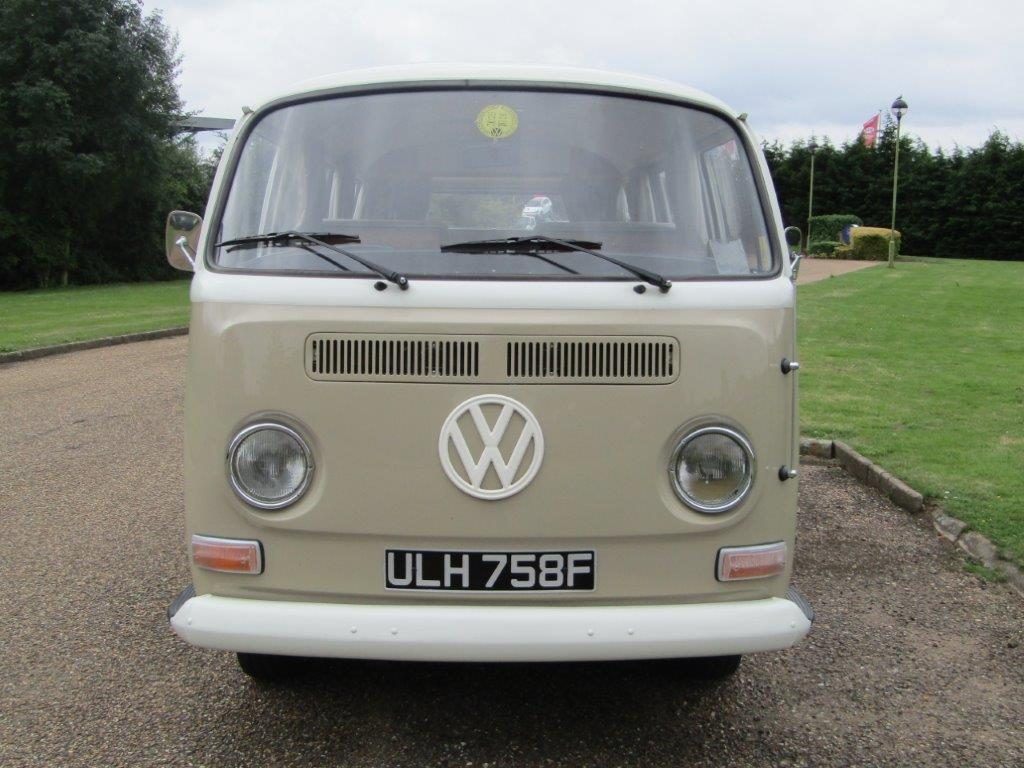 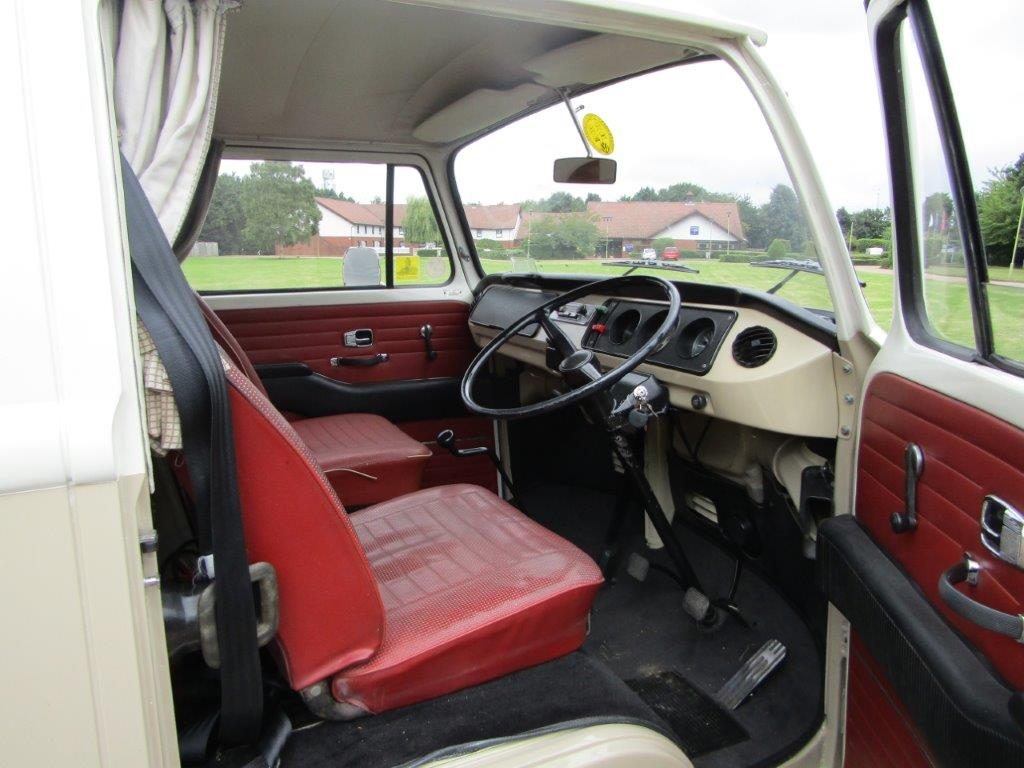 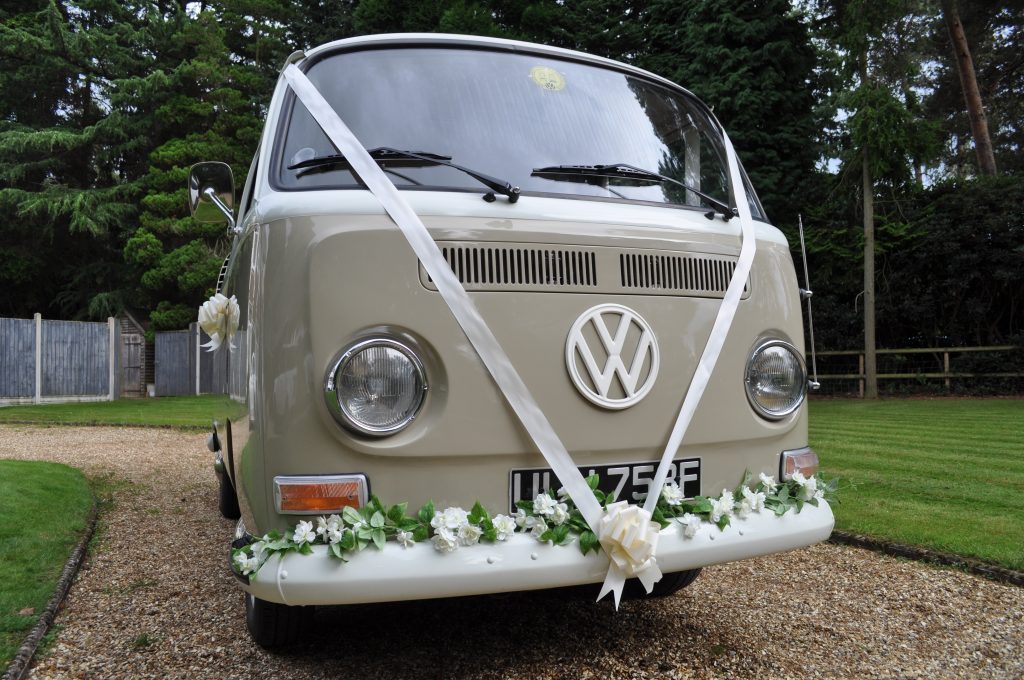 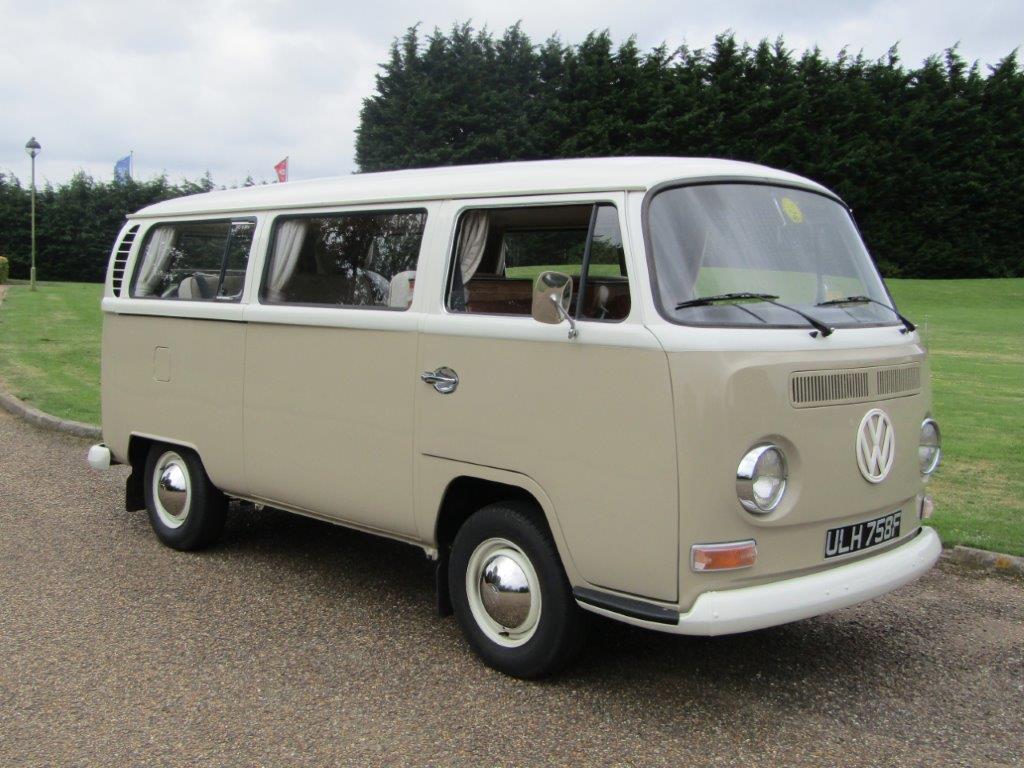