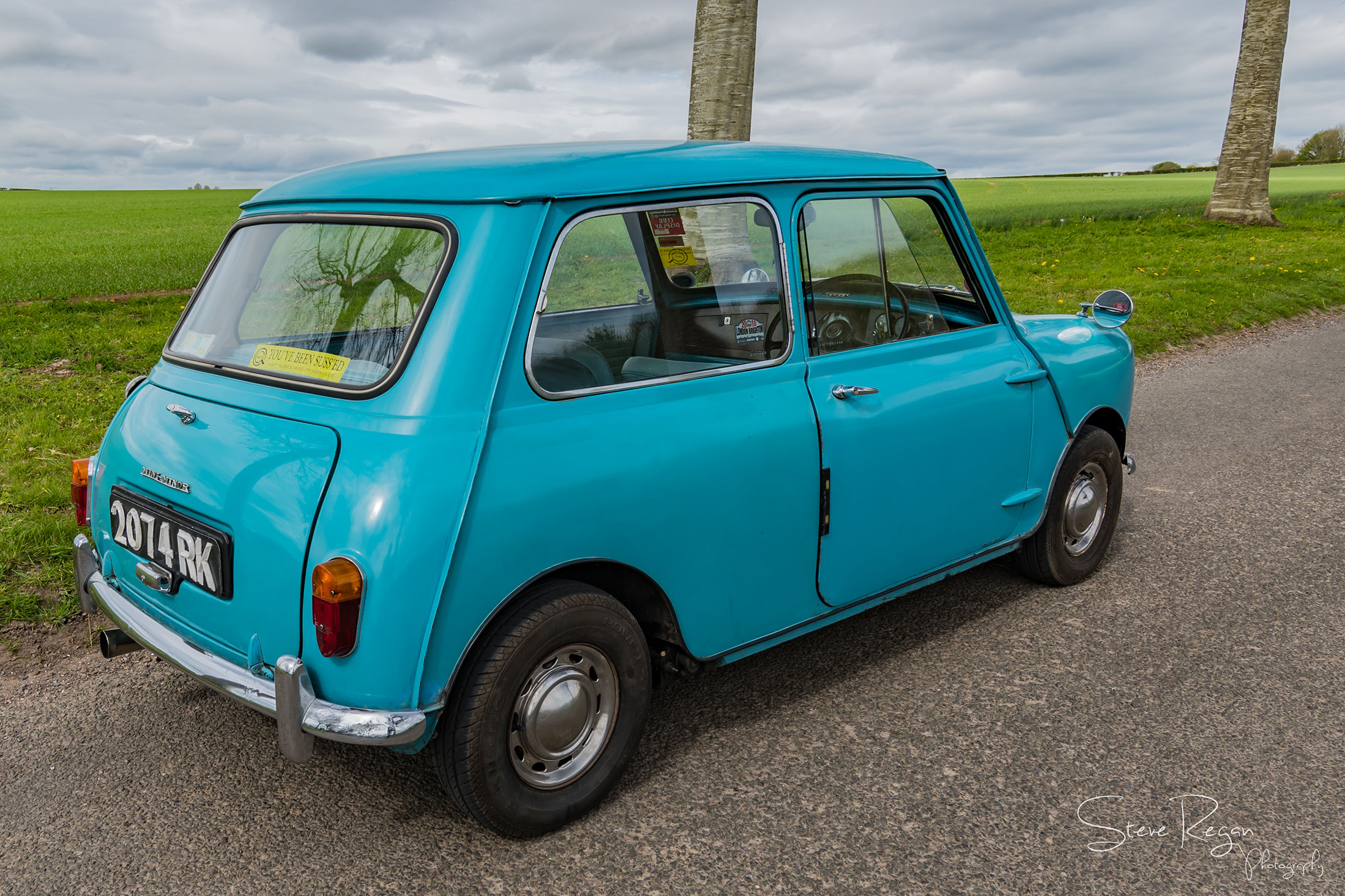 The Mark I Mini (1959–1967) was the first version of British Motor Corporation‘s Mini. It is characterised by its sliding windows, external door hinges and “moustache” grille. In the United Kingdom the Mark I was produced between 1959 and 1967, with production in Australia continuing until 1970. The Mini Mark I was sold under both Austin and Morris marque names.

Designed as project ADO15 (Austin Drawing Office 15), the first models were marketed with the names Austin Seven (often written as SE7EN) and Morris Mini-Minor in England. Until 1962, they appeared as the Austin 850 and Morris 850 in some export markets. The production model differed from the original prototype (affectionately named “The Orange Box” because of its colour) due to the addition of a modified front subframe, on which the engine was mounted, and by the engine being mounted with the carburettor at the back, rather than at the front, as in the prototype, to reduce wear on the gearbox.

The proposed engine size was originally 948 cc as used in the Morris Minor and Austin A35. However, Leonard Lord, chairman of BMC thought that the 90 mph (140 km/h) top speed was excessive and thus reduced the engine size to 848 cc to gain a more manageable speed (for the time) of 72 mph (116 km/h). Issigonis’ suspension featured the use of rubber cones as springs: the spring rate of rubber changes with compression, allowing the suspension to adapt to passenger load variations (a full passenger load could actually double the tiny vehicle’s gross weight). A conventional suspension would have required an increase in height to the design. This unique design was adapted from Issigonis’s home-built racer and built for the Mini by Alex Moulton.

The Mini was a genuine four seater. This was possible within such a small bodyshell because the engine was mounted transversely, driving the front wheels via a gearbox which was uniquely incorporated into the sump of the engine. Engine and gearbox thus shared the same oil, which was a significant piece of design in response to the 1956 Suez crisis and the fears of future oil shortages. The overall width of the vehicle was reduced, because there was no need to accommodate a separate gearbox across the width of the car and because there was no transmission tunnel in the floorplan of the Mini, there was more space that could be used to accommodate the passengers thus compensating for the reduced width. Overall length was minimized because of the Mini’s two-box design, comprising only a passenger compartment and the engine compartment. There was no third box providing a separate luggage compartment (i.e. a boot) and that inevitably compromised luggage space. To offset that problem, large bins beside each of the four seats provided some useful interior storage and a centrally located instrument binnacle allowed the dashboard to be opened up for storage too. The requirement for storage bins in the front doors effectively determined that the Mini should have sliding windows rather than wind-up windows. The tiny 10-inch (250 mm) wheels helped to reduce the intrusion of wheel arches into the interior of the vehicle and allowed a modest amount of additional luggage space in a “boot” area behind the rear seats. Overall the Mini represents some very clever packaging which has often been imitated but has never been bettered.

Below are some images of our BMC Mk 1 Mini 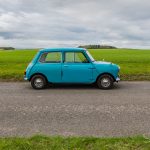 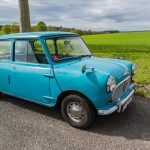 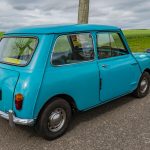 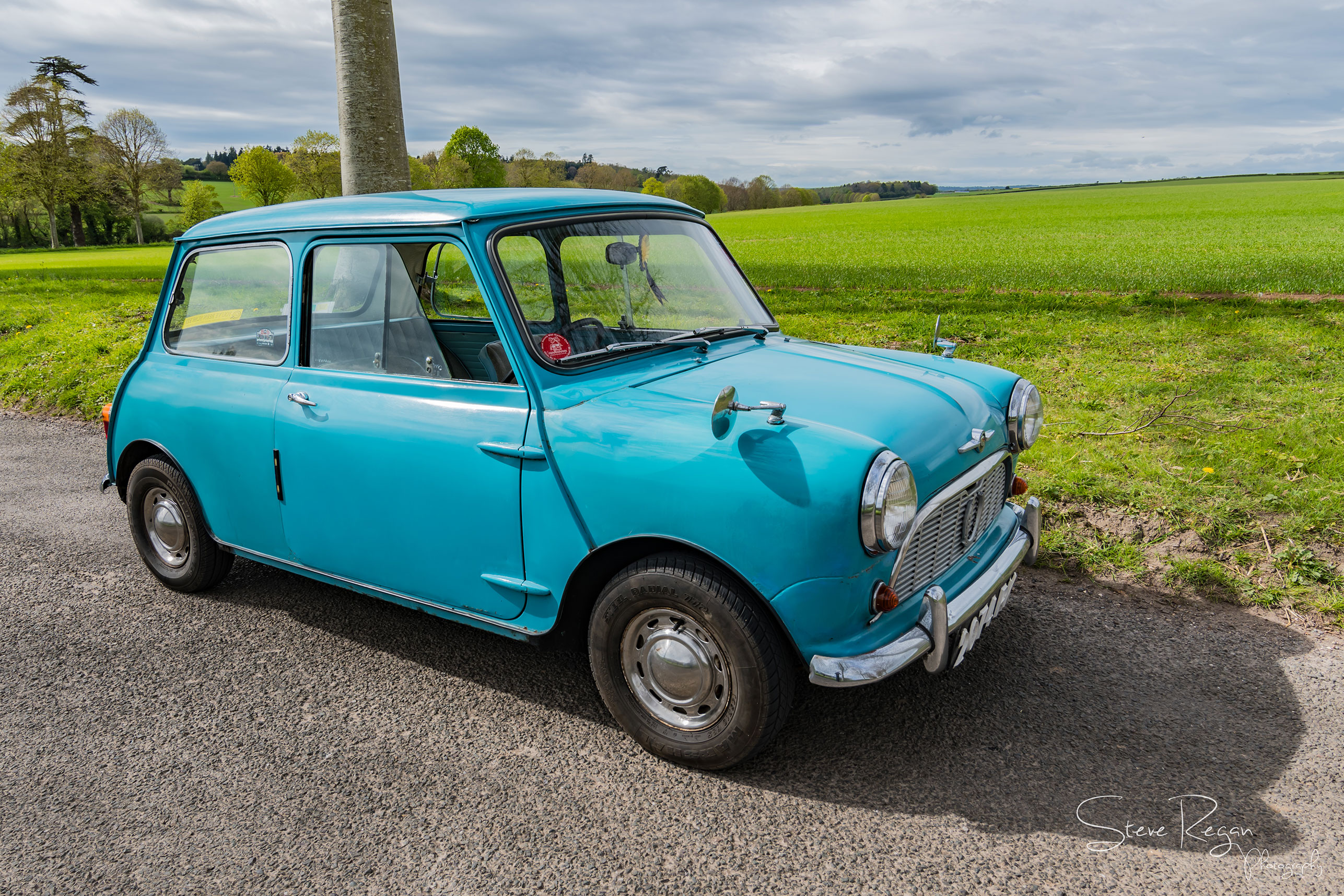